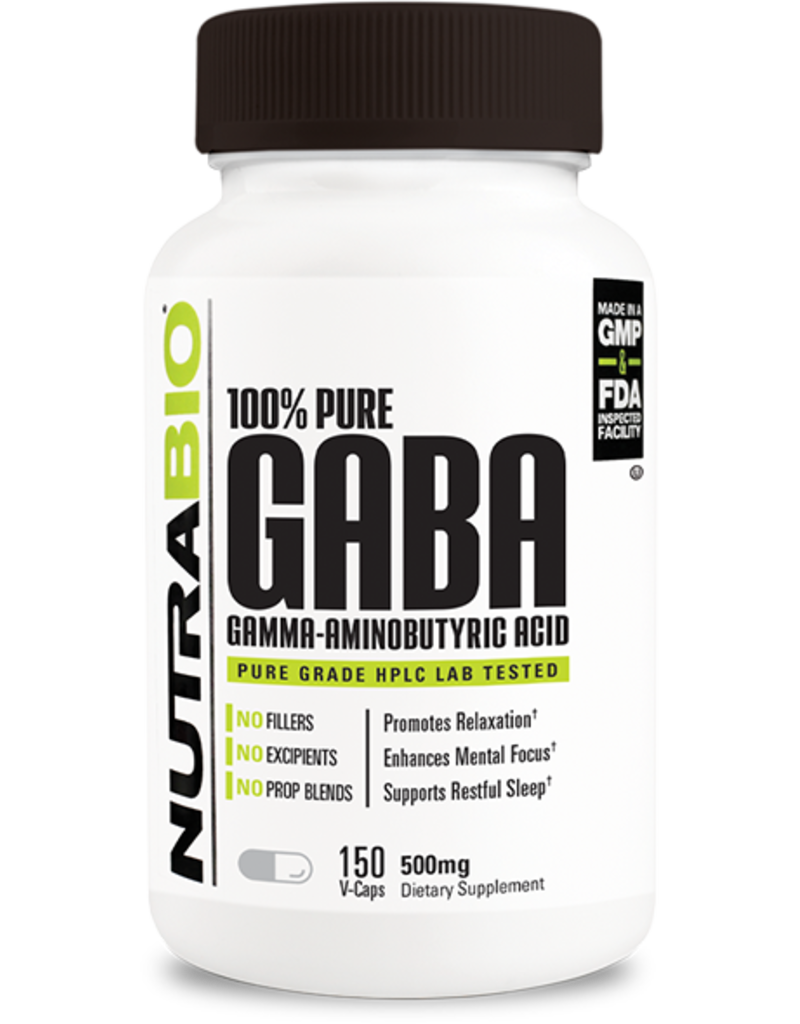 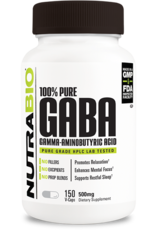 GABA (gamma-aminobutyric acid) is an amino acid which acts as an inhibitory calming neurotransmitter to regulate brain and nerve cell activity by inhibiting the number of neurons firing in the brain. GABA is referred to as the brain's natural calming agent, and by inhibiting over-stimulation of the brain, GABA may help promote relaxation and ease nervous tension. Taken at bedtime, supplemental GABA may assist some people in the initiation of sleep and produce a deeper and more beneficial sleep.

Gamma-aminobutyric acid (GABA) is major neurotransmitter widely distributed throughout the central nervous system (CNS). This neurotransmitter appears to have a significant influence on the pituitary gland's hormone secretion, primarily through its hypothalamic effect.

GABA is also the most important and widespread inhibitory neurotransmitter in the brain. It helps prevent the over-firing of the nerve cells and decreases overall neuron activities in the CNS. Over-firing can cause restlessness, spasmodic movements, irritability and anxiety. GABA is also utilized by the brain to create tranquility and calmness through the brain's metabolic processes.

GABA stimulates the production of Human Growth Hormone (HGH). It is HGH that has been found in studies to facilitate the metabolism of fats in the body. HGH is also known for its powerful muscle-building effects. Increasing HGH can definitely be a good thing, especially for bodybuilders. HGH tends to decrease naturally with age, so the older you get, the harder it is to lose fat. That's one reason GABA has become so popular.

GABA is usually deficient in both clinical and experimentally induced seizures. Low levels of GABA promote excitatory neurotransmitters and have been found in the brains of patients with multiple sclerosis, action tremors, tardive dyskinesia, and other disorders of movement. Low GABA levels have been found in panic, anxiety, depression, alcoholism, and bipolar disorders.* Vitamin B6, manganese, taurine, and lysine can increase the synthesis and effects of GABA.

Suggested Use: As a dietary supplement, take 2 capsules (1000mg) daily or as directed by your physician.

WARNING: NOT INTENDED FOR USE BY PERSONS UNDER THE AGE OF 18. KEEP OUT OF THE REACH OF CHILDREN. If you are pregnant, breast feeding, have known medical conditions (including kidney or liver disease) or are taking prescription or OTC medication(s) consult with your health care practitioner before using this product.