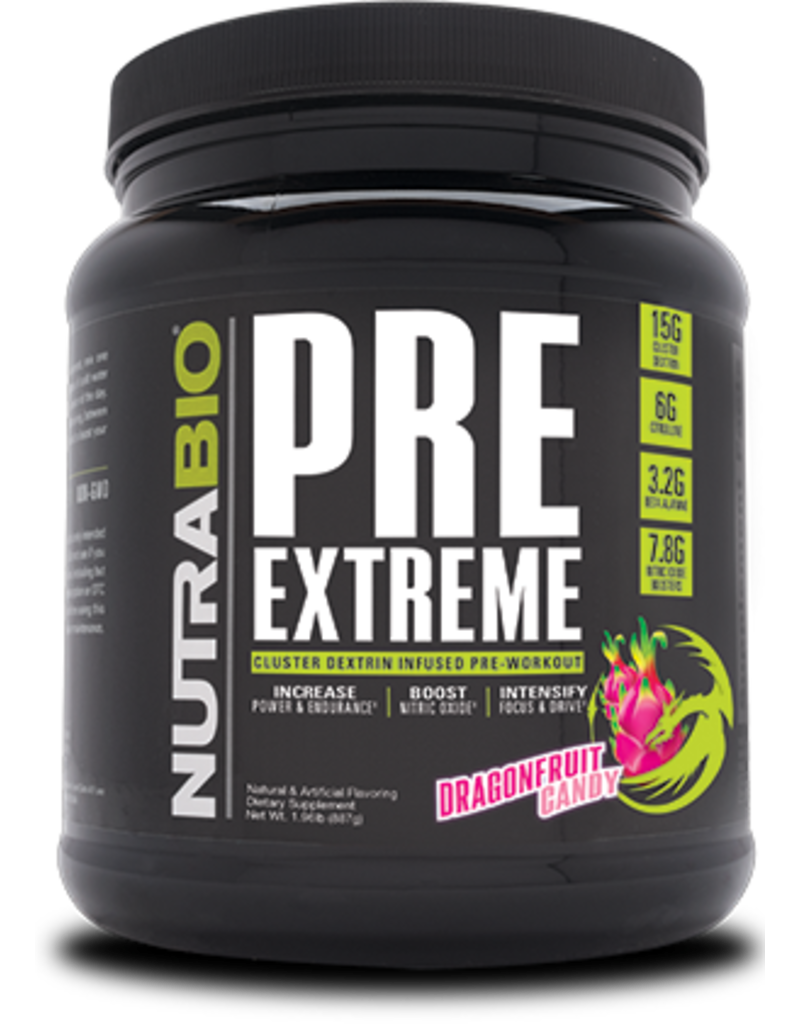 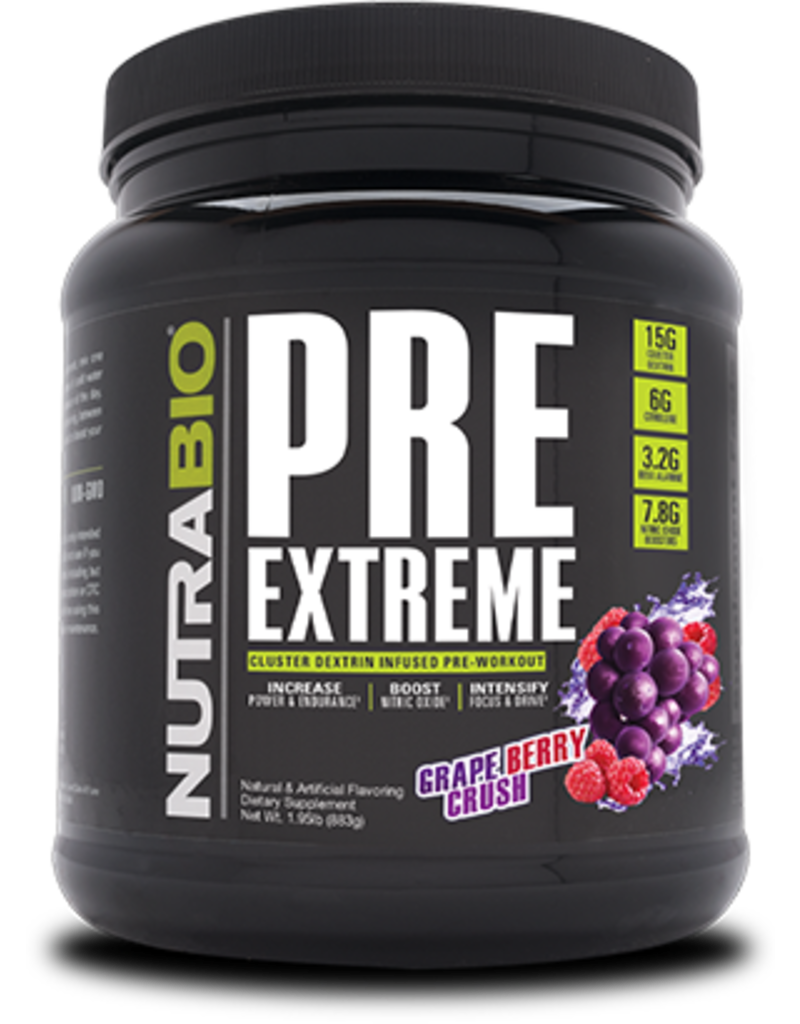 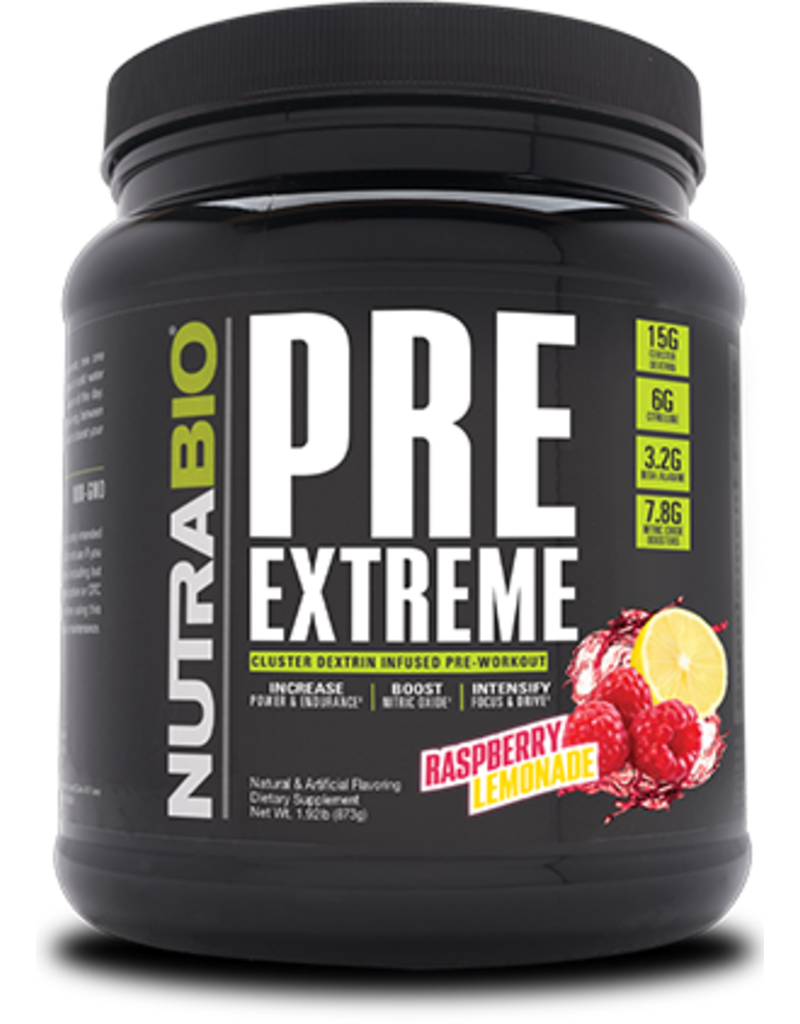 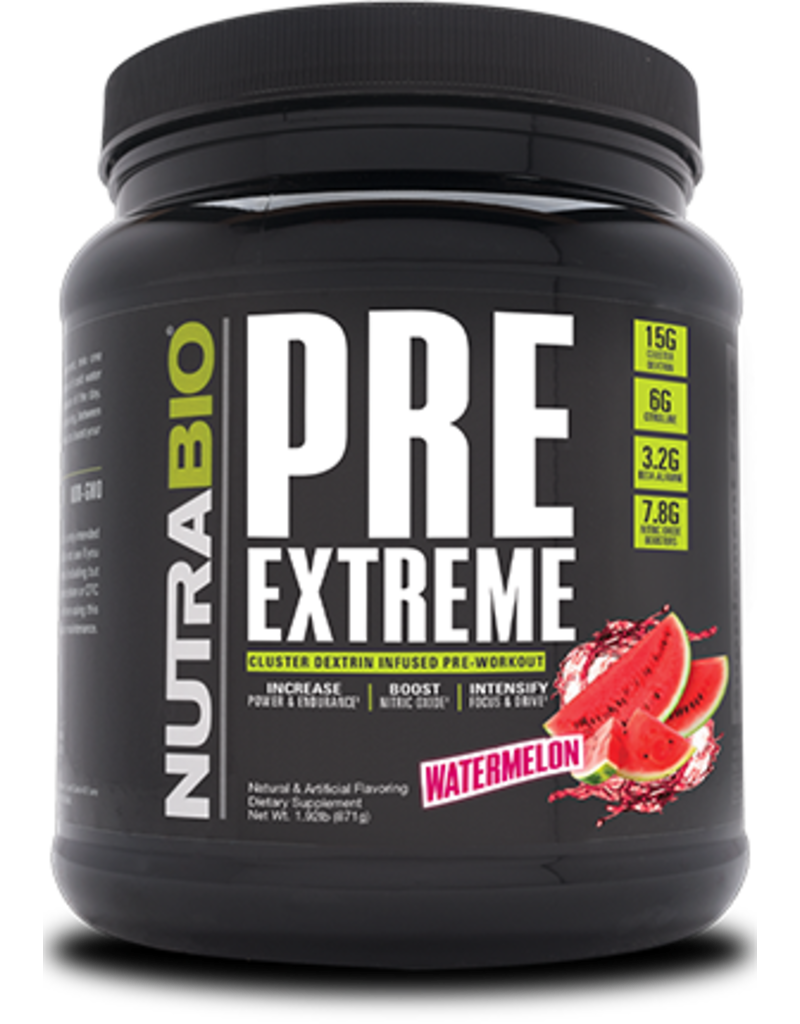 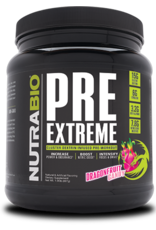 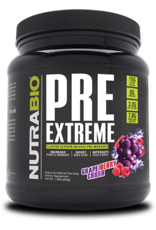 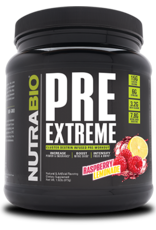 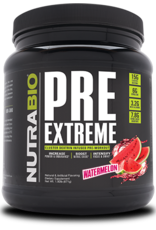 NutraBio PRE Extreme is the hardcore and ultra-high stim version of our original PRE formula. On top of the time tested and research proven ingredient profile already found in PRE; we added 15,000 mg of Cluster Dextrin and 4 mg of Yohimbe to PRE Extreme in order to rapidly supply working muscles with fuel (glycogen) and take your energy and focus to the next level. This potent combination makes PRE Extreme the most advanced, most intense, and hardest hitting pre-workout on the market today that will allow you to push your limits further than ever before. PRE Extreme is built upon clinically dosed and scientifically backed ingredients proven to maximize workout performance and produce results. Athletes of all levels realize that in order achieve the most effective training session that energy, strength, endurance, and focus are a must. A complete pre-workout supplement should support all of these benefits. The synergistic combination of ingredients found in PRE Extreme help prepare your body physiologically and psychologically by amplifying energy, enhancing the mind-muscle connection, and supporting increases in muscular strength, power, and endurance.  From top to bottom PRE Extreme will help keep you training stronger and longer. Take a deeper look into PRE Extreme and you will find:

The Science Behind NutraBio PRE Extreme

If you are a professional, college, or amateur athlete whose given sports conduct in and out of competition random drug screens, this product contains n-methyl tyramine which should not be taken. It is possible this compound could lead to a positive drug test for certain banned substances.