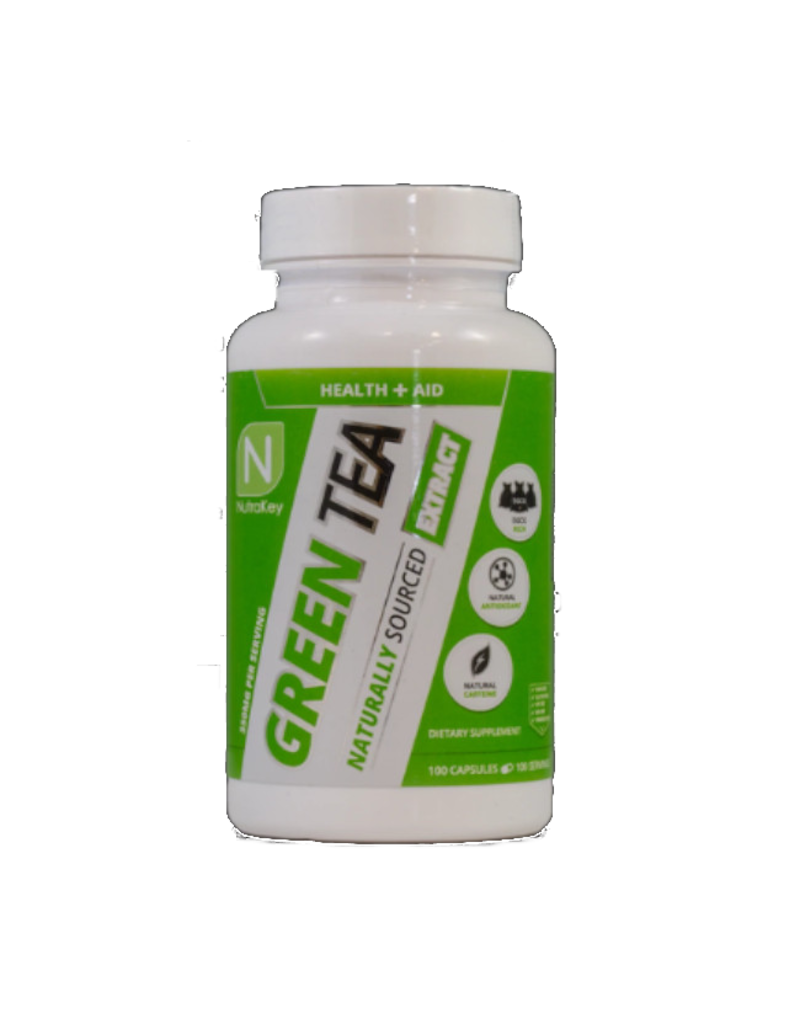 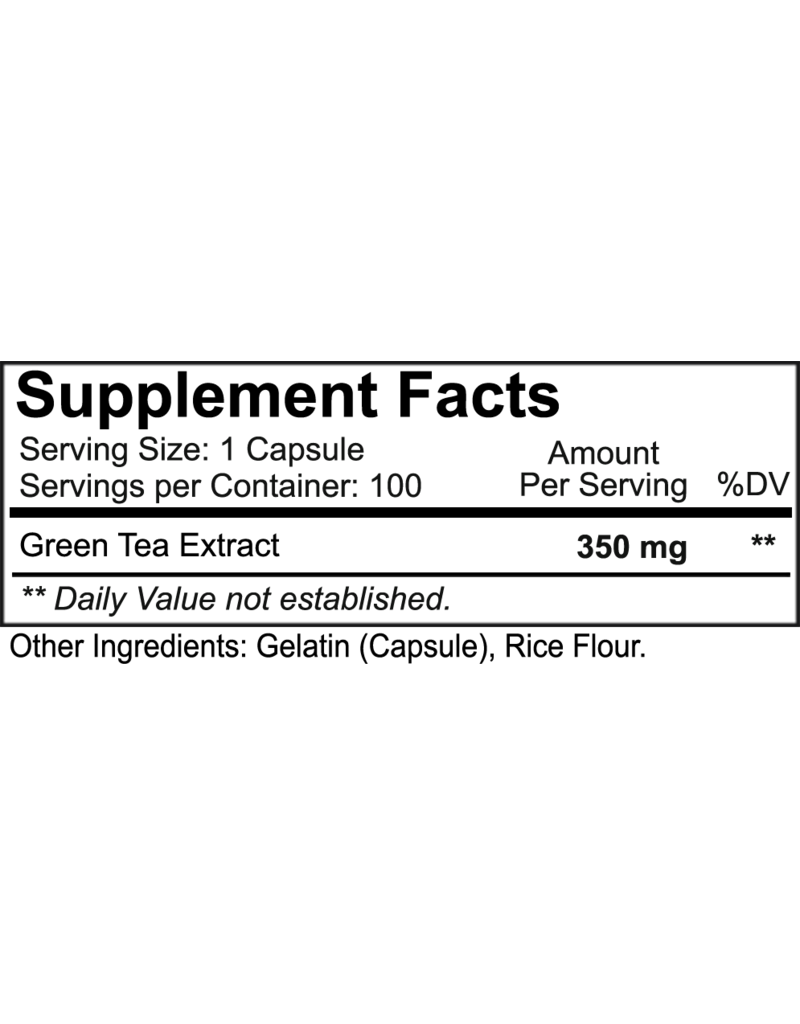 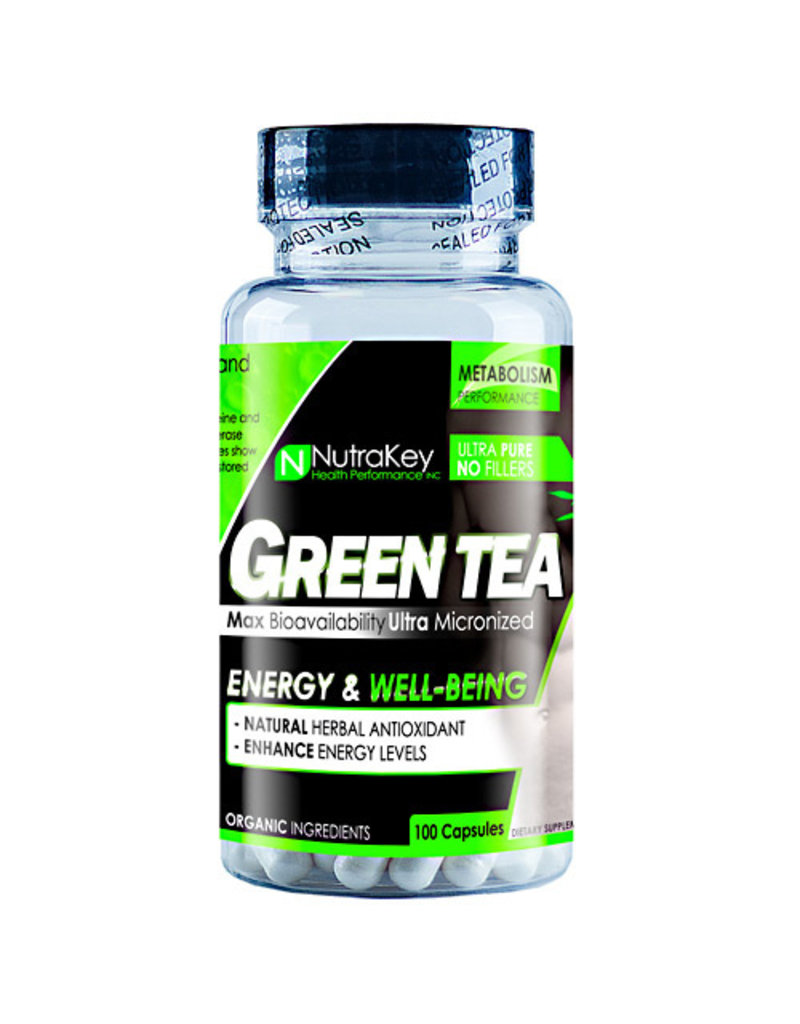 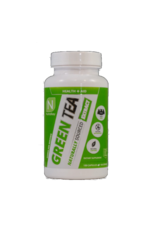 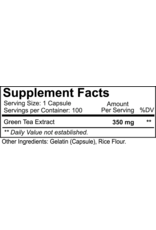 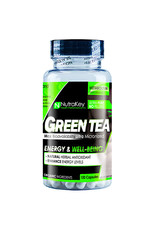 A natural source of caffeine and powerful antioxidants, green tea supplements have been shown to significantly decrease intracellular damage, increase energy levels, improve skin tone, and even provide anti-aging benefits. With so many potential benefits, it’s really no wonder that green tea is one of the world’s most consumed beverages. Now with NutraKey’s green tea supplement, you can instantly supply your body with a potent dose of antioxidants, caffeine, and other healthy compounds without the need to brew several pots of tea.*

While the effects of caffeine on weight loss and energy have been well understood for decades, recent studies have shown that the addition of EGCG (the antioxidant in green tea) along with moderate doses of caffeine have a profound effect on fat loss and energy expenditure when compared to caffeine alone or a placebo. This means that not only do those who supplement with green tea get the powerful protection of some of the most potent antioxidants in nature, but even more fat blasting power from the caffeine buzz that so many of us enjoy.*

In fact, the antioxidants (catechins) in green tea have been shown to inhibit the breakdown of norepinephrine, which potentially makes the benefits and effects from traditional stimulants remain active for longer periods of time (i.e. increased metabolic rate, fat utilization, etc.). Studies have also suggested that green tea may even directly inhibit the main enzymes involved in fat storage.*

While nearly 4-5 cups of strongly brewed green tea are needed to receive the ideal dose of caffeine and EGCG, the same effect can be felt with a single serving of NutraKey’s micronized, ultra concentrated green tea formula.*

In addition to the powerful fat loss effects that EGCG has on the body, its role as an antioxidant may also help prevent blood clots – the leading cause of heart attack and stroke – and the rapid spread of cancer cells.*

Want to take your weight loss goals to the next level? Check NutraKey’s Tone Complex, which combines green tea with other natural fat burners so that you can drop the pounds even faster and feel more energized than ever before.*