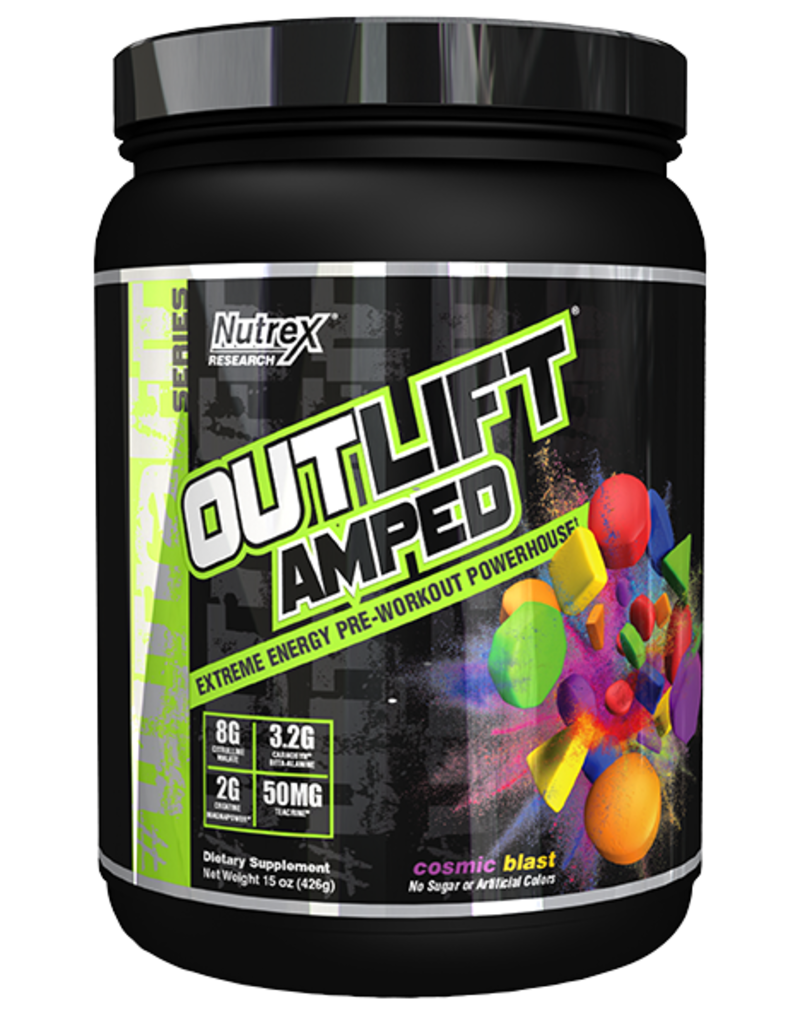 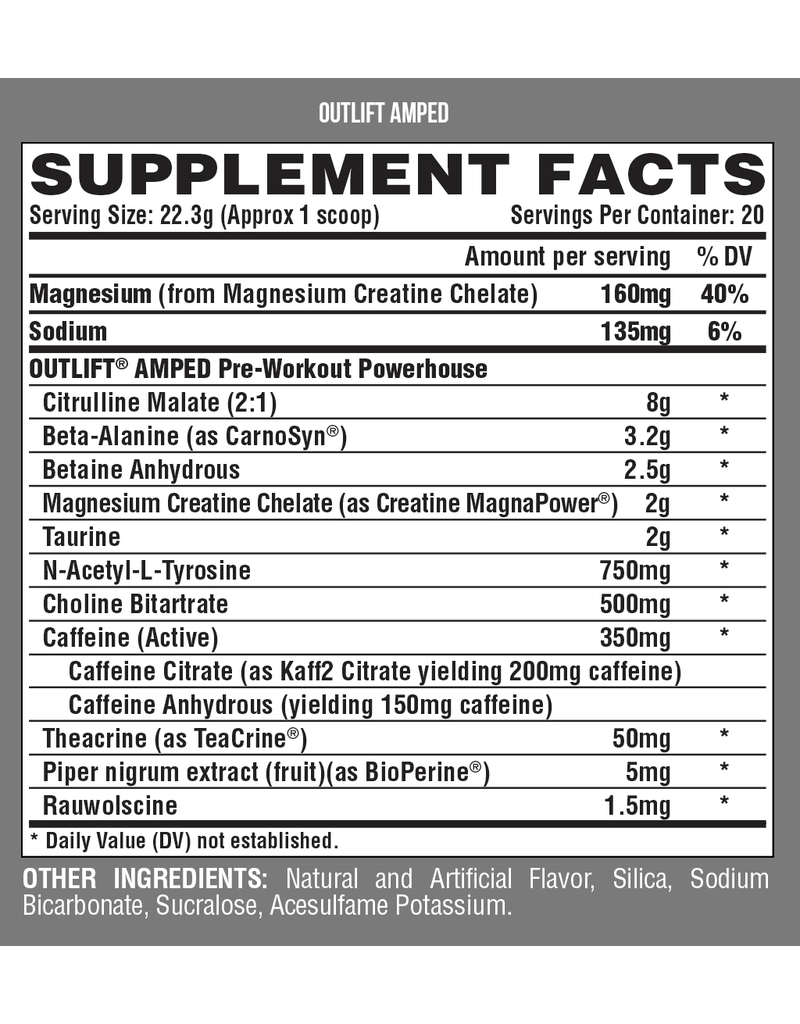 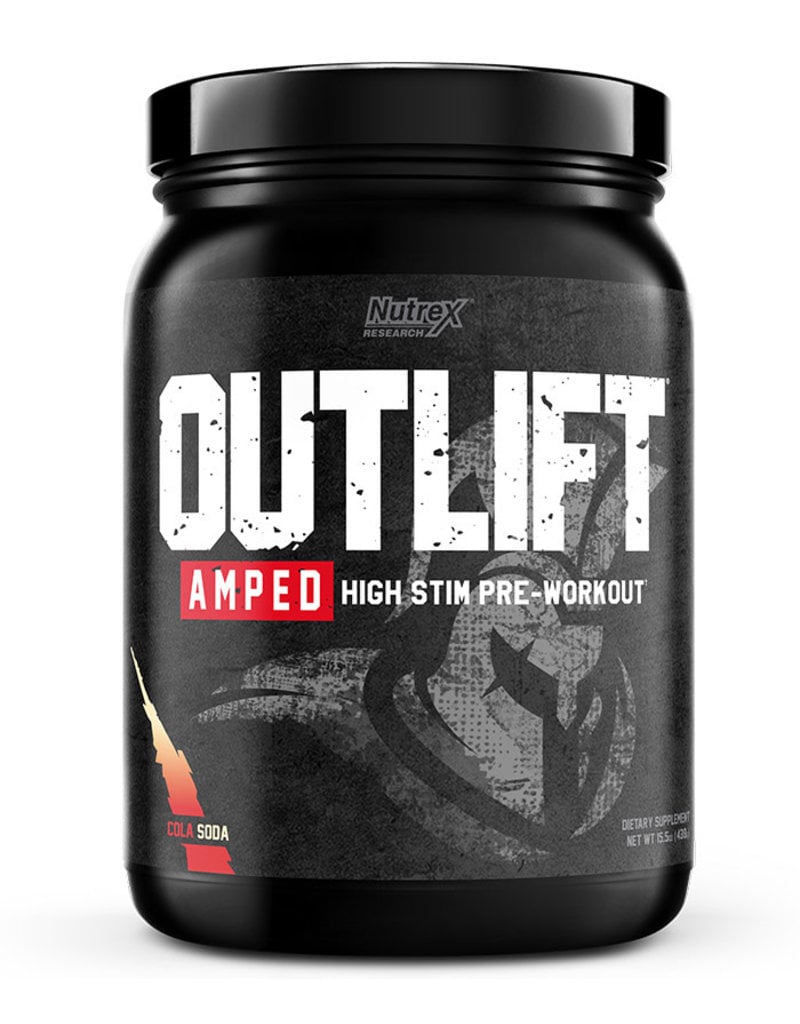 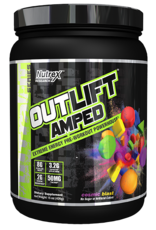 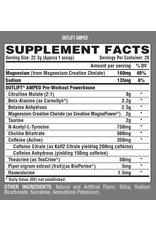 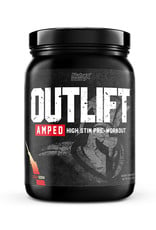 With the addition of new energy and focus promoting ingredients such as TeaCrine®, Kaff2, Rauwolscine and Choline Bitartrate, as well as new performance-enhancing compounds like Betaine Anhydrous and Creatine MagnaPower®, OUTLIFT® AMPED definitely takes the top-selling original OUTLIFT® for a wild, AMPED up ride!

Supplementing with a sufficient dose of Citrulline Malate has been shown to directly increase the number of repetitions, reduce fatigue and significantly decrease muscle soreness post-exercise. This is why each serving of OUTLIFT® AMPED gives you a whopping 8 grams of Citrulline Malate.†

Betaine Anhydrous is known to help stimulate muscle pumps and increases the sensitivity of how muscle fibers contract. Supplementing with betaine promotes an increase in nitric oxide and blood volume in muscles to help maximize muscle fullness and size.†

Research has shown Creatine MagnaPower® to be a superior form of creatine. It creates a higher level of absorption and utilization than creatine monohydrate. Creatine MagnaPower® enhances the body’s ability to generate and regenerate ATP for maximum muscle performance.†

Taurine has shown to be effective for promoting endurance, increasing alertness and enhancing recovery. Supplementing with Taurine helps to increase strength levels and decrease muscle soreness.†

Research has shown that this amino acid supports increased motivation, mental focus and alertness. It is known as a mood enhancer, increases energy during exercise and simply allows you to be at your peak performance.†

Caffeine Citrate is the ideal stimulant for those looking to increase energy as quickly possible because it appears to raise caffeine blood levels faster than other caffeine sources. Supplementing with caffeine immediately increases work volume and muscle strength, mental alertness and mood, assists in fat loss and helps you train at a higher intensity level.†

Research has shown TeaCrine® boosts energy, mental clarity and clean focus but without the jitters, fatigued crash and tolerance build-up over time. The energy-boosting effects of TeaCrine® have been proven to be long-lasting as they remain noticeable for a prolonged period after consumption. When taken before exercise TeaCrine® supports the release of free fatty acids into the bloodstream which further helps with stamina and endurance.†

Research has shown that BioPerine® enhances dietary ingredient and nutrient absorption in the body which improves the effectiveness of key compounds in OUTLIFT® AMPED.†

Rauwolscine is an alpha-receptor antagonist that can block the action of receptors responsible for stopping fat breakdown. Consuming before you train allows your body to keep breaking down fat beyond the point in exercise where it would normally stop which in turn helps to promote longer-lasting energy, endurance and stamina.†

Shake container before each use. Mix 1 scoop into 8-12 oz of cold water and drink 30-45 minutes prior to working out. Limit use to 1 serving per day. Never exceed 1 scoop. When mixing with a shaker cup, use cold water. Hold cap and cup securely in hand. Do not shake vigorously as this causes pressurization.